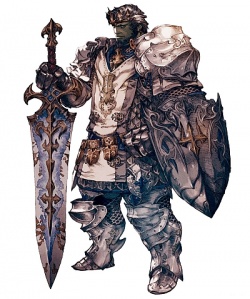 For centuries, the elite of the Sultansworn have served as personal bodyguards to the royal family of Ul'dah. Known as paladins, these men and women marry exquisite swordplay with stalwart shieldwork to create a style of combat uncompromising in its defense. Clad in brilliant silver armor, they charge fearlessly into battle, ever ready to lay down their lives for their liege. To be a paladin is to protect, and those who choose to walk this path will become the iron foundation upon which the party's defense is built.

Paladin is a job unlockable at level 30 as an upgrade from the Gladiator class and is one of four Tank jobs.

The Gladiators' Guild is in Ul'dah - Steps of Thal. Gladiators must specialize into paladin once they reach level 30, and complete the quests

The paladin is a disciple of war and wears armor "of Fending." They use swords as weapons, and shields as defense. The following crafting classes can create items that are useful to the paladin:

= Recovers MP and applies a damage over time effect to target.

Upon learning the action Iron Will (tank stance) at level 10, a symbol will appear on the screen indicating when it is in effect. Iron Will increases enmity gained from using other actions.

Upon learning the trait Oath Mastery, the symbol which indicates the use of Iron Will will change to also display the Oath Gauge.

Oath increases by 5 with every auto-attack: Auto-attack for Paladin occurs every 2.24 seconds. Every ability that uses Oath consumes 50 Oath, meaning that each of these abilities can be used once every 22.4 seconds.

Oath can be used on abilities Sheltron and its upgraded version Holy Sheltron, Intervention and Cover. 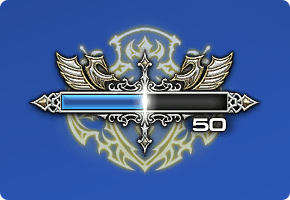 The gauge cannot be displayed in simple mode until learning the trait Oath Mastery at level 35.