Break down an item into one or more of its original materials.

Desynthesis is an action unlocked by questing at level 30. It is available for Carpenter, Blacksmith, Armorer, Goldsmith, Leatherworker, Weaver, Alchemist, Culinarian.

Released in patch 2.3, Item Desynthesis is a system that allows Disciples of the Hand (crafters) to break down pre-existing items into crafting materials and other components. Most items in the game can be desynthesized, such as weapons, armor, housing items and fish.

As of patch 5.2, skill level no longer determines success chance nor is any level required to attempt it. There is also no longer a global cap on skill levels, making it possible to max out the skill level on all classes at once.

Successfully breaking down an item with Desynthesis will raise your skill level for that class. 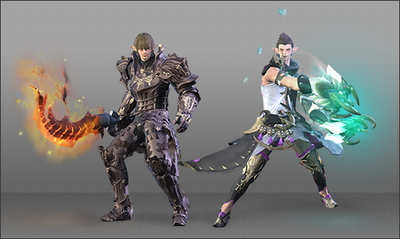 Breaking down an item with Desynthesis will primarily yield materials used to create the item. On occasion, players will also receive special items that are obtainable only through the use of Desynthesis (such as Demimateria).

Desynthesis is associated with several achievements: